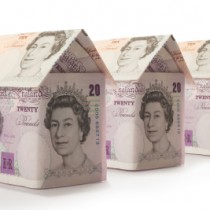 Homeowners are expected to access £3 billion of their housing wealth through equity release this year for the first time ever.

Research by the Equity Release Council reveals some £1.4 billion of lending was conducted in the first half of the year.

The latest Equity Release Market Report shows that innovation in the sector has seen the number of products available more than triple to 78 over the past ten years.

Meanwhile, increased competition has seen the average interest rate on products drop to a new low of 5.3 per cent. A year ago the typical rate was 5.96 per cent.

Brits have £2.3tn of wealth tied up in their homes, and many are choosing to tap into it in later life.

Retirement Advantage Equity Release head of marketing Alice Watson says: “Those over the age of 55 increasingly view their housing wealth as something they can draw on to fulfil their desired standard of living, especially in retirement.

“People want to release money in a way that suits them and that they’re comfortable with. The response has been an explosion of equity release product innovation.”

This article was written by Bright Mortgages

You can find out more about which cookies we are using or switch them off in settings.

This website uses cookies so that we can provide you with the best user experience possible. Cookie information is stored in your browser and performs functions such as recognising you when you return to our website and helping our team to understand which sections of the website you find most interesting and useful.

Strictly Necessary Cookie should be enabled at all times so that we can save your preferences for cookie settings.

If you disable this cookie, we will not be able to save your preferences. This means that every time you visit this website you will need to enable or disable cookies again.

YOUR HOME MAY BE REPOSSESSED IF YOU DO NOT KEEP UP REPAYMENTS ON YOUR MORTGAGE
Important! Please download and read our Mortgage IDD and Protection IDD. The guidance and/or advice contained within this website is subject to the UK regulatory regime and is therefore primarily targeted at consumers based in the UK.
Bright Mortgages is Authorised and Regulated by the Financial Conduct Authority Financial Conduct Authority No. 499226
Principal: Nicola McIlhagger Registered Office: Bright Mortgages, PO Box 295, Bangor, BT20 9AS Tel: 0845 0941637 Email:nicola@brightmortgages.co.uk