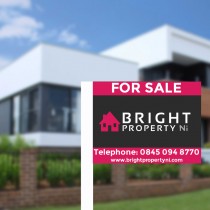 Northern Ireland’s housing market has recorded the strongest price gains in the UK, according to the latest RICS and Ulster Bank Residential Market Survey.

August was the 15th month in succession that surveyors in Northern Ireland indicated that prices rose, with a price balance of 68% – up nine percentage points on July.

Local surveyors anticipate the trend to continue, with expectations for sales and prices strong – indeed in the case of prices, significantly stronger than any other UK region.

And unlike other UK regions, speculation about a rise in the Bank of England’s base rate doesn’t seem to be impacting the Northern Ireland housing market the way it is elsewhere, according to RICS.

Anecdotal evidence suggests that growing speculation regarding the timing of the first rate rise and warnings from UK policymakers regarding potential risks in the UK housing market may have had an impact on buyer confidence in England.

In terms of prices, Northern Ireland, alongside East Anglia, recorded the strongest price gains in the UK, according to the latest survey, while price momentum in the London market in particular has continued to soften.

This article was written by Bright Mortgages

You can find out more about which cookies we are using or switch them off in settings.

This website uses cookies so that we can provide you with the best user experience possible. Cookie information is stored in your browser and performs functions such as recognising you when you return to our website and helping our team to understand which sections of the website you find most interesting and useful.

Strictly Necessary Cookie should be enabled at all times so that we can save your preferences for cookie settings.

If you disable this cookie, we will not be able to save your preferences. This means that every time you visit this website you will need to enable or disable cookies again.

YOUR HOME MAY BE REPOSSESSED IF YOU DO NOT KEEP UP REPAYMENTS ON YOUR MORTGAGE
Important! Please download and read our Mortgage IDD and Protection IDD. The guidance and/or advice contained within this website is subject to the UK regulatory regime and is therefore primarily targeted at consumers based in the UK.
Bright Mortgages is Authorised and Regulated by the Financial Conduct Authority Financial Conduct Authority No. 499226
Principal: Nicola McIlhagger Registered Office: Bright Mortgages, PO Box 295, Bangor, BT20 9AS Tel: 0845 0941637 Email:nicola@brightmortgages.co.uk